Capture Every Moment Photographer in Cirencester

Based in Cirencester, Gloucestershire. Carissa and Paul are a father/daughter team and have many years experience in wedding, portrait and newborn photography

Wedding Services - We like to capture the whole day from bridal preparations until the first dance, unobtrusively telling the story of the day. We're friendly yet professional and have many years experience and very much enjoy being a part of a couples special day. Paul has numerous award winning pictures with The Guild of Wedding Photographers. We are willing to travel.

Carissa & Paul were the photographers for our wedding and they were fantastic. Very professional and easy to talk to, they really put themselves out to give us the photos we wanted as well as providing great advice for the photos we never even thought of. They really put us at ease and provided such a wonderful memento for us to remember our special day.

by Hannah Maxgrove from Cirencester, Gloucestershire on Mar 20, 2012

I used "Capture Every Moment" after a friend recommended them, i found them a friendly and helpful team, and they are both very easy to talk to! They don't push a "hard sale" on you which is great. We love our pictures and show them off to everybody, i now always recommend them.

From the moment we met Carissa and Paul, we knew we wanted them as our wedding photographers. It wasn't just the quality of their portfolio that did it for us - we wanted photographers we could really click with, especially as neither of us had professional photos taken before and we were a bit apprehensive about it! Carissa and Paul were so personable that at times it felt like we had known them for years! They also responded to our queries promptly which made the whole wedding planning less stressful. As we were only having a small wedding, we did question at first if it was worth having two photographers but we're so glad we decided to go with them.

Carissa and Paul work so well as a team, be that with one of them rounding up guests as the other takes the perfect shot or both capturing that crucial moment from different perspectives which would not have been possible with just one! On the day they couldn't do enough for us, they ensured we got the shots we wanted (even patiently waiting for the rain to stop at one point!) and they even stayed later than planned so that we could get a long exposure shot in the dark. You get all the high resolution photos on USB which surprisingly is hard to get from other photographers and the album they designed with us was perfect. We would highly recommend them to anyone, especially if you're nervous or unsure about getting professional photographs done.

This review is way overdue (we got married just before Christmas 2016). However, we’re so slow in reviewing that we can now also give 5 stars for our newborn photoshoot which Carissa & Paul did last week.

We couldn’t have been happier with our wedding photos - as two people who don’t particularly love having our photo taken, Carissa & Paul did a great job of making us feel comfortable, and we got some great natural photos as a result.

Fast forward a year and a half to last week’s newborn photoshoot - despite a very uncooperative baby, we got a 20 minute window during which they took some beautiful photos.

On top of all this, they are very affordable in comparison to other wedding photographers we looked at, so would definitely recommend!

Carissa and Paul are an excellent team, we had a studio shoot with our son when he was younger and knew we had to have them for our wedding. From start to finish they were professional throughout and knew where to get the best shots, just put your trust in them and follow their lead. We love the photos and they came in a lovely display box. We can’t recommend them highly enough.

Paul and Carissa were simply perfect in every way. From our initial meeting, through to receiving our wedding photographs, they exceeded any expectation we ever could have had. All of the photographs were truly beautiful and they captured the mood of the day perfectly. Nothing was too much trouble for them and we genuinely loved every moment we spent with them on the day of our wedding. Whether it be laughter, tears or someone doing something silly... Paul and Carissa were snapping away in the background, unobtrusively capturing each and every moment. All of our guests have commented on how fantastic our photographs are, many saying that they are the best wedding photos they have ever seen. Paul and Carissa, we cannot thank you enough!

We would just like to say that the photos we have received from ours sons wedding to Jordan are beyond our expectations they are absolutely stunning. We can not recommend you both enough we were so surprised with the amount of photos that we did not even know had been taken And gave us so many smiles and tears of joy Thankyou for giving us so many memories of a truly special day

Thank you thank you thank you to Carissa and Paul. After a last minute change of photographers, we didnt have much time to get to know them but they made us feel right at home from the start. The photos arrived in a personalised box and they really had taken a photograph of every moment. Not only that but they were good enough to get some absolutely beautiful photos of people with their partners and children. I can't recommend them highly enough!

A huge thank you to Paul and Carrisa for our gorgeous wedding photography. We had the most amazing day. You are a fantastic double act and captured our day perfectly. When looking through the photos it's almost like watching a movie in slow motion. With a shot by shot account of all the special moments. The images are all of very high quality and I couldn't be happier that we chose you both for our special day. Many thanks

Carissa and Paul were brilliant at our wedding. We got married at Chiseldon House Hotel. I felt so relaxed with both of them at bridal prep. My husband and I felt so comfortable when they were taking pictures throughout the day. All our guests made comments on how lovely Carissa and Paul were. Most of all we are so happy with our wedding pictures and album. For anyone still not sure on who to use for their wedding photographers, we definitely recommend them as they really did capture every moment.
Thank you again 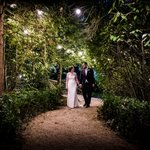